Our Support To Make a Better Life of all Foreigners in Japan !

Our staff who speak English and Chinese help you for your comfortable life in Japan.We provide support to foreign nationals for everything from apartment hunting to applications and procedures when moving in and out.Please feel free to contact us.

Before Moving in Our Support

While living in apartment when moving out Our Support

How to use our services Global Desk

Fill out our mailing form or Download The room sheet and fax it after filling it out.
Before you come to our company, please send us an e-mail, just in case our staff are out. 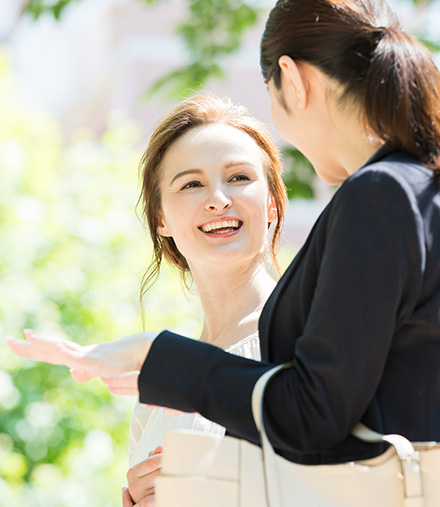 We are a property management company for rental apartments. We manage the properties on half of the land lords.
We ask the residents to use rooms carefully and not to cause trouble to the neighbors.
We also have examinations before entering an apartment.

A few years ago, the land lords didn? t want to rent to foreigners. There were many troubles such as “They don? t care of the rooms” or “There were many complaints from the neighbors.”

However, after talking to the foreigners who came to Japan, many of them are proper. Perhaps the problems were due to a lack of explanation about Japanese living.

At Choei, we have newly setup the Global Desk to support the foreigners in Japan during the stay. We now have around 750 foreigners in our properties. The numbers of Problems and Complaints have dropped drastically.
Apartments that accept foreigners are now increasing.